Silk screen print of the Lord’s Prayer as a text message and in binary code. 18 x 24 on French Paper, 2010. In 2010 I became fascinated at the new language formed by test messaging. LOL, IRL, BRB – I was having to look up these new words all the time as I did not know what they were. I wanted to create an art piece that had a broad resonance using truncated lettering. I thought back to my school days and realized the King James Lords Prayer that we had to recite every assembly was the familiar passage of text that I should use. 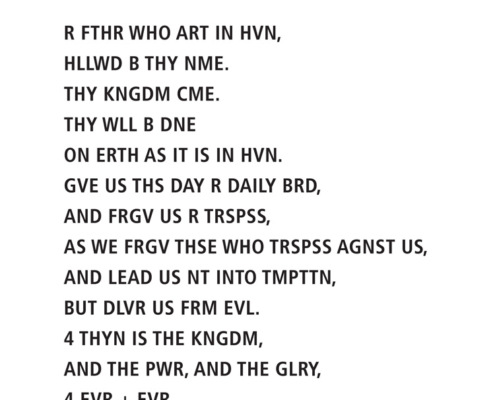 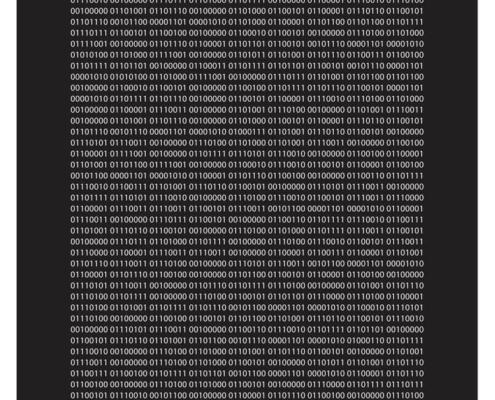